It wasn't all that long ago that "computers" weren't machines - they were people; humans working with pencils and slide rules to calculate taxes, artillery tables, even the mathematics that landed human beings on the moon. The advent of the microprocessor consigned these human computers to a footnote in history, and in the intervening decades, digital technology has revolutionised countless fields that were once considered too complex for automation - from mathematics and finance to music and movies. Now, as machine learning ushers in a new era of automation, we find ourselves confronting some deep questions about creativity, credit - and culpability. It's all too easy to get sidetracked into hypothetical discussions about self-driving cars being programmed to choose which pedestrians they should kill - but there are real scenarios already happening all around us that raise exactly these kinds of questions. When Hollywood uses digital technology to create digital characters that look uncannily like real actors, who gets the royalties? If a programmer creates an algorithm that uses Markov chains to generate song lyrics, who actually wrote the song? In a world where algorithms tell us what to watch, what to read and who to hire, can social networks still claim that they're just platforms - or should they be treated as publishers? Join Dylan Beattie - developer, musician, and creator of the Rockstar programming language - for a fascinating journey along the border between human innovation and digital automation, from mathematics to music and beyond. 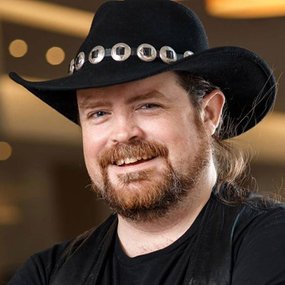 Dylan Beattie is an independent consultant who has been building data-driven web applications since the 1990s. He’s managed teams, taught workshops, and worked on everything from tiny standalone websites to complex distributed systems. He’s a Microsoft MVP, and he regularly speaks at conferences and user groups all over the world.

Dylan is the creator of the Rockstar programming language, and is known for his live music shows featuring software-themed parodies of classic rock songs. He’s online at dylanbeattie.net and on Twitter as @dylanbeattie.

All good!
Don't want it